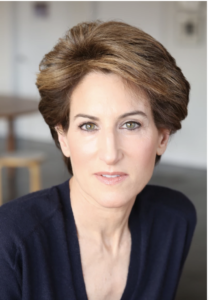 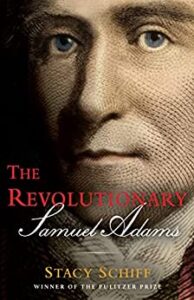 A Pulitzer Prize-winner, Stacy Schiff is the author most recently of The Witches: Salem, 1692, which The New York Times hailed as “an almost novelistic, thriller-like narrative.” Joseph Ellis deemed Schiff’s the finest account to date of the witch trials; David McCullough declared the book “brilliant from start to finish.” Robert Massie said of the #1 bestseller: “This brilliant, compelling book is the most meticulously researched, effectively constructed, and beautifully written work I have read in a very long time.” Schiff’s previous book, Cleopatra: A Life, was published to great acclaim in 2010. As the Wall Street Journal’s reviewer put it, “Schiff does a rare thing: She gives us a book we’d miss if it didn’t exist.” The New Yorker termed the book “a work of literature;” Simon Winchester predicted “it will become a classic.” Ron Chernow may explain why: “Even if forced to at gunpoint, Stacy Schiff would be incapable of writing a dull page or a lame sentence.” Writing in The Wall Street Journal, Brad Gooch has called her “perhaps the most seductive writer of nonfiction prose in America in our time.” Cleopatra appeared on most year-end best books lists, including the New York Times’s Top Ten Books of 2010, and won the PEN/Jacqueline Bograd Weld Award for biography. Also a #1 bestseller, Cleopatra was translated into 30 languages.

Schiff is as well the author of Véra (Mrs. Vladimir Nabokov), winner of the Pulitzer Prize; Saint-Exupéry, a Pulitzer Prize finalist; and A Great Improvisation: Franklin, France, and the Birth of America, winner of the George Washington Book Prize, the Ambassador Award in American Studies, and the Gilbert Chinard Prize of the Institut Français d’Amérique. All three were New York Times Notable Books; the Los Angeles Times Book Review, the Chicago Tribune, and The Economist also named A Great Improvisation a Best Book of the Year. Michael Douglas is set to star in an Apple TV series based on A Great Improvisation, to be written by Emmy Award-winner Kirk Ellis and directed by Emmy-award winner Tim Van Patten.

Schiff has received fellowships from the Guggenheim Foundation and the National Endowment for the Humanities and was a Director’s Fellow at the Cullman Center for Scholars and Writers at the New York Public Library. Among other honors, she was named a 2011 Library Lion by the New York Public Library, a Boston Public Library Literary Light in 2016, and in 2017 received the Lifetime Achievement Award in History and Biography from the New England Historic Genealogical Society. She received the 2019 Peggy V. Helmerich Distinguished Author Award. In 2018 she was named a Chevalier de l’Ordre des Arts et des Lettres by the French Ministry of Culture. Awarded a 2006 Academy Award in Literature from the American Academy of Arts and Letters, she was inducted into the Academy in 2019. Schiff has written for The New Yorker, The New York Times, The Washington Post, The New York Review of Books, The Times Literary Supplement, and The Los Angeles Times, among many other publications. She lives in New York City.

Her newest book, The Revolutionary, releases on October 25, 2022.

Stacy Schiff has generously donated time to the Friends of the Ashland Public Library for our online Author Confidential Auction, helping raise funds to support our library programs for all ages. We are so grateful!