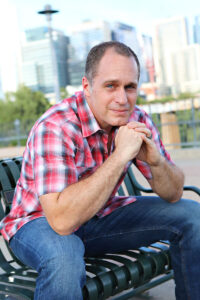 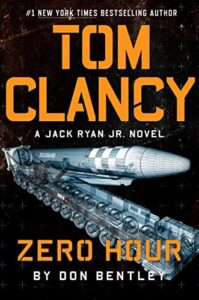 Don Bentley is the New York Times Bestselling author of the Matt Drake thriller series including Hostile Intent, The Outside Man, and Without Sanction as well as one forthcoming title. Don also writes in the Tom Clancy Jack Ryan, Jr. universe with Zero Hour, Target Acquired, and one forthcoming title.

Don spent a decade as an Army Apache helicopter pilot during which time he was stationed in South Korea, Germany, and Texas. While deployed to Afghanistan as a Troop Commander in support of Operation Enduring Freedom VI, Don was awarded the Bronze Star Medal and the Air Medal with “V” device for valor. Following his time in the military Don worked as an FBI Special Agent and was a member of the Dallas Office Special Weapons and Tactics (SWAT) team.

After leaving the FBI, Don worked for companies that developed technology for the U.S. Special Operations Community. He holds a B.S. in Electrical and Computer Engineering from the Ohio State University, and an M.F.A in Writing Popular Fiction from Seton Hill University.

Don Bentley has generously donated time to the Friends of the Ashland Public Library for our online Author Confidential Auction, helping raise funds to support our library programs for all ages. We are so grateful!