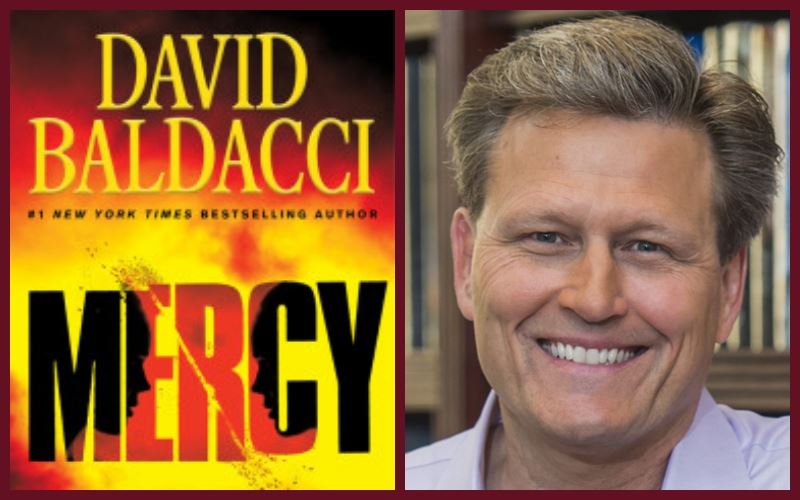 We’re excited to be partnering with a number of MA libraries and Wellesley Bookstore to bring this awesome conversation to Ashland! David Baldacci needs no introduction, his mysteries and thrillers are always best sellers. Tonight, he’ll be discussing his latest release “Mercy”.

About The Author: David Baldacci is a global #1 bestselling author, and one of the world’s favorite storytellers. His books are published in over forty-five languages and in more than eighty countries, with 150 million copies sold worldwide. His works have been adapted for both feature film and television. David Baldacci is also the co-founder, along with his wife, of the Wish You Well Foundation, a nonprofit organization dedicated to supporting literacy efforts across America. Still a resident of his native Virginia, he invites you to visit him at DavidBaldacci.com and his foundation at WishYouWellFoundation.org.

About the Book: FBI Agent Atlee Pine’s harrowing search for her long-lost sister Mercy reaches a boiling point in this breakneck thriller from #1 New York Times bestselling author David Baldacci. For her entire life, FBI agent Atlee Pine has been searching for her twin sister, Mercy, who was abducted at the age of six and never seen again. Mercy’s disappearance left behind a damaged family that later shattered beyond repair when Atlee’s parents inexplicably abandoned her. Now, after a perilous investigation that nearly proved fatal, Atlee has finally discovered not only the reason behind her parents’ abandonment and Mercy’s kidnapping, but also the most promising breakthrough yet: proof that Mercy survived her abduction and then escaped her captors many years ago.

This event is hosted by the Tewksbury Public Library in collaboration with Wellesley Books and many other Massachusetts Public Libraries. As always, our programs are supported by the Friends of the Ashland Library.