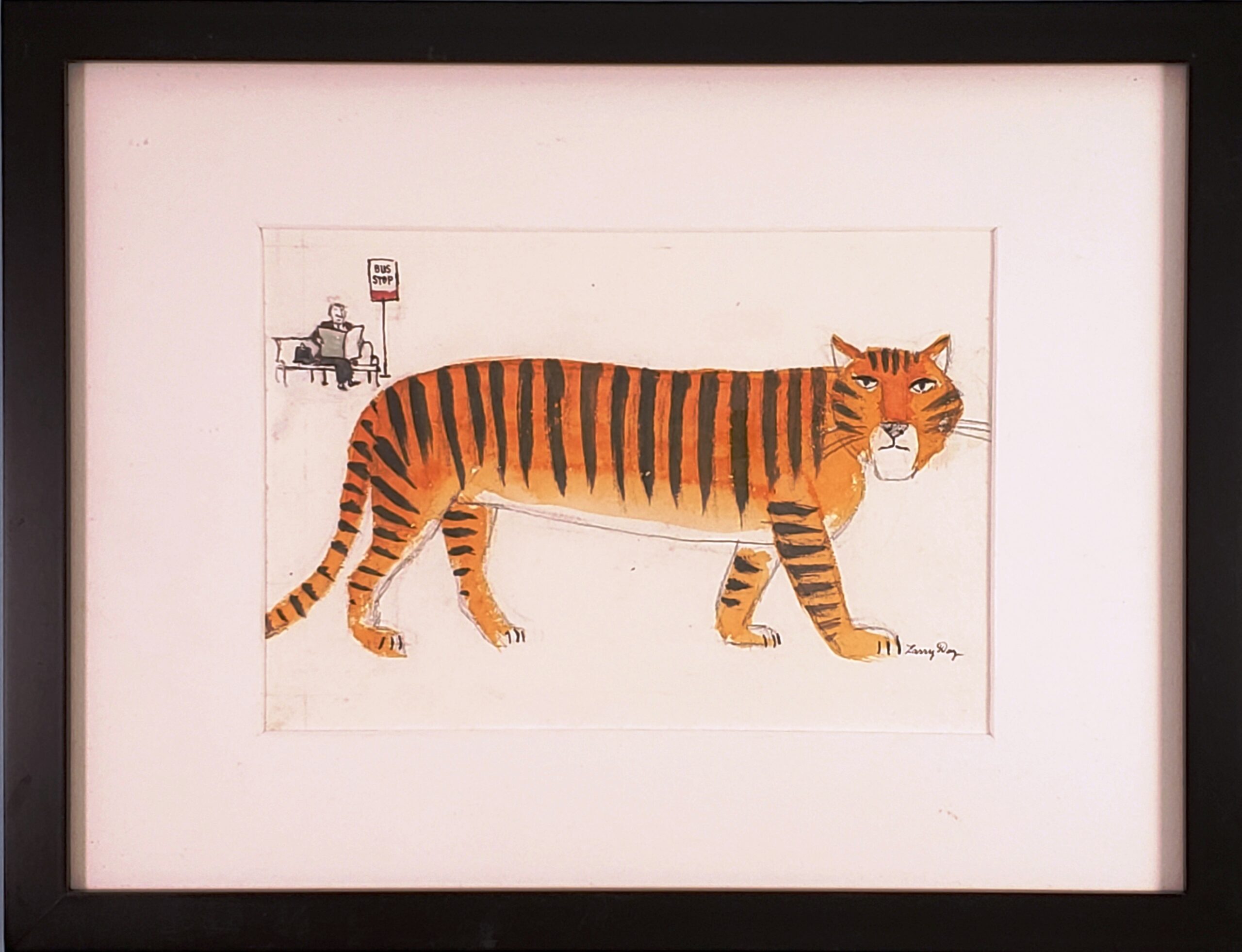 Larry Day is the award-winning illustrator of both fiction and non-fiction. His 2014 release: Lion Lion, by Miriam Busch, Balzer + Bray (NPR’s Best Books For 2014, an Illinois Reads Selection for 2015, an Indie Bound Next List and Junior Library Guild Selection). His second picture book with Miriam Busch for Balzer + Bray is titled: Raisin, The Littlest Cow, 2017, also an Illinois Reads Selection. Day also illustrated the non-fiction title, Nice Work, Franklin! a picture book about FDR, his third by Suzanne Tripp Jurmain for Dial, February, 2016. He also illustrated his third picture book with Kay Winters: Voices of the Underground Railroad,  Dial, 2017. Found., by Jeff Newman, S&S, November 20, 2018, recieved 4 Starred reviews and The Gold Standard from The Junior Library Guild.  Bim Bam Bop and Oona, a picture book by Jacqueline Briggs Martin will be released by the University of Minnesota Press, in 2019. Day is also illustrating, My Fourth of July, a picture book by Jerry Spinelli, Holiday House, 2019 and Beware! a picture book by Bob Raschka, Charlesbridge, 2019. A Fort on the Moon, by Maggie Pouncey, Holiday House, Neal Porter Books, 2020.

Day also illustrated Not Afraid Of Dogs by Suzanna Pitzer winner of the 2006 Golden Kite Award; Colonial Voices, Hear Them Speak winner of 7 state awards, and Voices From The Oregon Trail both by Kay Winters; he has illustrated Duel! Alexander Hamilton and Aaron Burr’s Deadly War Of Words and Let It Begin Here! First Battles of the American Revolution both by Dennis Fradin; George Did It! and Worst of Friends by Suzanne Tripp Jurmain; Bye-Bye, Baby by Richard Morris; Nanook & Pryce by Ned Crowley; and Civil War Drummer Boy by Verla Kay.

Larry Day was born and raised in Gibson City, Illinois, a rural farming community where he flunked high school Art. He received an Associate’s Degree in commercial art, and worked as a staff artist for pinball and video games before becoming a storyboard artist and picture book illustrator. Day is the recipient of 3 Gold medals from the Society Of Illustrators, and the SCBWI Golden Kite Award for Not Afraid Of Dogs.

Larry Day has generously donated his work to the Friends of the Ashland Public Library for our online Children’s Illustrators Art Auction, helping raise funds to support our library programs for all ages.